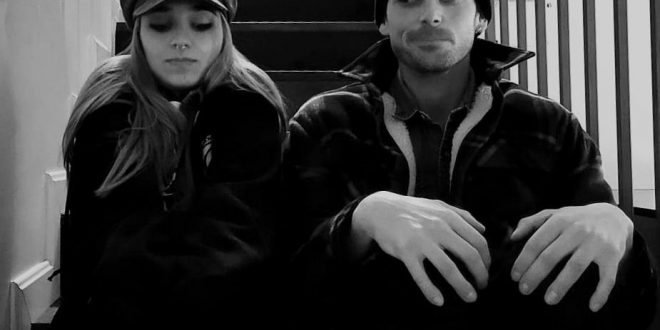 The Loose Chains are an unusual punk rock band formed in the messy 2020. The band is composed of singer and guitarist Jimena Vallina Cuesta from Asturias (north of Spain), and drummer Sergio G. Benedí from Zaragoza, where they met and immediately started playing together.

The band’s name is not accidental because their music is undeliberately breaking with established norms and musical conventions, as well as they’re trying to do within their personal lives.

Jimena and Sergio met just two weeks before the quarantine motivated by the Covid 19 virus, so they composed their first songs in the distance, inspired by the frustration or by those things they began to fully enjoy being locked in their rooms.

Now, after presenting their first two songs «Earphones» and «What can I do?», The Loose Chains continue composing while waiting for the moment to perform their songs in concert.